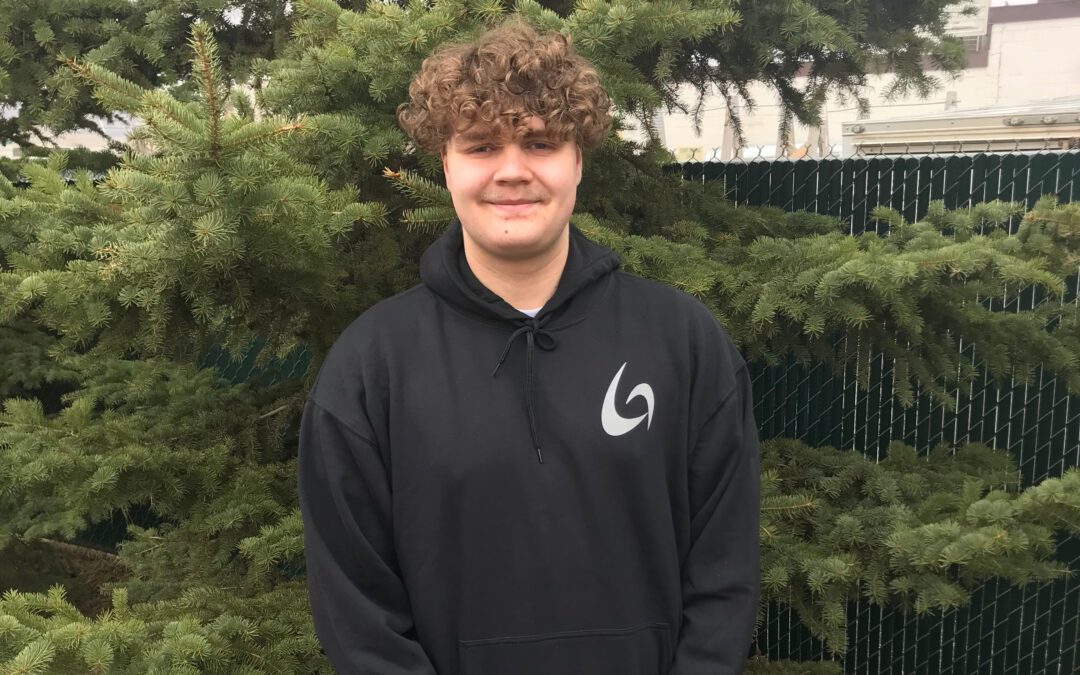 You’ve probably heard of, or even know people who are described as “sports people.” Even if you haven’t – you’re about to.

Liam Trasy remembers playing hockey by the age of six – and loving it. He then began playing soccer, basketball, baseball, and volleyball.  Now in his graduating year of high school, Trasy reflects, “Sports have always been something that I love to do, and something I want to continue doing.”

It might be safe to say that sports are part of Trasy’s family. Playing on the same hockey team as his younger brother for a few years, the two also play basketball together. His youngest brother plays hockey as well, and sometimes Trasy likes to help out on the ice. Rounding it out is the occasional hand at volleyball with his sister.

Sports have taught him much more than how to shoot hoops or score points. Like how to work as a team, to try your hardest even when things aren’t looking good, even how to be ready to go and be on time. He attributes much of his own character to being involved in sports.

“Sports have just helped me become a much better person. They’ve been a big part in helping me become who I am today.”

Motivators, mentors, and cheerleaders, those who inspire us – we don’t often see all of these traits within one person when we reflect on our lives. But when Trasy thinks of his inspiration, his dad is the first person that comes to his mind.

“My dad was always my biggest inspiration,” he says. “He always pushed me to do my best.  Whenever I was feeling down because we lost a big game, he would always tell me to keep my chin up because we can’t win them all.  He would tie my skates for me when I was younger which always made me smile. He always cheered the loudest out of all the parents, even though sometimes it made me feel embarrassed. He always worked really hard for us, so I wanted to work hard for him and make him proud.”

The friendships and bonds made in team sports are Trasy’s favourite aspects. All of his best friends have played sports with him – most still do. The bonds are solidly built on a foundation of trust. The kind of trust he explains, that tells you “these people have your back no matter what.”

“And those are memories that will last forever.”

Being recognized for basketball is special for Trasy, who has spent the past five years heavily vested in the sport.

“It’s something that means a lot to me.  I’m very thankful that I’ve been recognized for it.”

It’s a rough start to 2020 for the team, social distancing dictates no playing at all – something they can all honestly say they have never had to deal with. All they can do says Trasy is stay optimistic.

“That’s what we do for each other. Because if one struggles, we all struggle.”